Many people who come to an Episcopal church for the first time notice all the little books, the hymnal, the prayer book, the Bible, perhaps alternate service or music books as well. What’s all this about? Well, the music books help us sing along, and one of the things we do to praise God together is sing. A lot. Whether or not we are talented singers. The Bible is in the pews for people who would like to follow along with the scripture readings. The major book, though, around which the whole Episcopal operation pivots, is The Book of Common Prayer.

The Book of Common Prayer? Common as in frequent? As in lowly?

Well, maybe, but the dominant sense of Common Prayer is prayer in common. We believe that we should all pray throughout the day, but that the prayers we say as a community, gathered together in a loving community sustained by the Holy Spirit, are the foundation of our spiritual life. The Book of Common Prayer, then, lays out a way to pray together.

It is, in short, our roadmap for worshiping together. It is the book that expresses our collective assent to what worship involves. It contains a wealth of prayers, many of them more than a thousand years old, to guide and focus our worship. We preserve and repeat these texts because one part of Episcopal belief is that the Church itself is made up not only of all Episcopalians who happen to belong to a church at that moment, but all Christians everywhere, past and present, living and dead. Our connection to past forms of worship is never meant to be a hidebound traditionalism, but a rich and vital interchange between a living, constantly evolving past and a constantly unfolding present.

Finally, The Book of Common Prayer is one of the great works of English literature. The first one was published in 1549, and though it has been changed and updated many times (the present version in 1979), its basic structure has remained the same. It is does not lay out a series of dogmas you have to profess in order to prove you truly belong to the church. Instead, it provides a common set of coordinates, or a meeting-place if you prefer, around which we can gather to explore both our commonalities and our differences, in the context of God’s overflowing love and mercy to each and every one of us.

But don’t you recite the creeds? What if I have trouble with all or part of the creeds?

Many people do, and this can be a stumbling block to what could otherwise be an enthusiastic participation in church life. With this in mind, it is important to remember that Christians are not so much joined by a shared group of religious beliefs as they are by a shared sense of God’s love. There are probably as many understandings of the creeds as there are reflective Christians in the world. Furthermore, belief is something that evolves over time. It is easy to forget that faith has traditionally been understood not as something we manufacture for ourselves, but something we are given by the Holy Spirit, and like all gifts of the Holy Spirit, it is apt to be something quite different, and entirely more surprising and wonderful, than anything we could have thought up ourselves. A final word on creeds. When we, as a congregation say the creed, we do so facing the altar. This signifies that we give our beliefs, both good and bad, right and wrong, well-intentioned and misguided, over to God. Belief as the church understands it is not in this sense something one has or holds, but something one does. And the first thing we do when we do believe is to open up our belief to the participation of God and of other people. 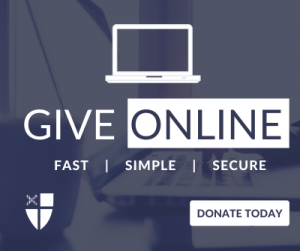